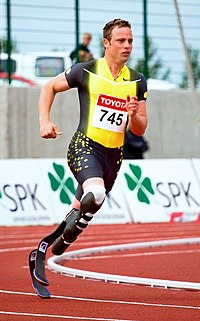 The way we have evolved, at least  in terms of communications, was brought to light on Friday during the opening ceremony for the 2012 Olympic Games in London. American TV channel NBC is the of broadcast partner in America and they decided not to broadcast the three hour long opening ceremony live, but would wait for American prime time to air the ceremony.  Presumably this decision was made to rake more advertising revenue from the event.  How naive?

Of course millions of Americans were being kept informed via Twitter and other social media about what was happening and in some cases many Americans were frustrated by getting sound bytes of the event without having a chance to see the actual event live.

It was a classic case of a company focussed on revenue, without thinking through the implications of all the new communications tools that people now use to communicate. I think here of Twitter, Facebook, Linked Inn, Whats App, YouTube and LinkedIn to name just a few.

I happen to be a Sharks rugby supporter and this weekend we were heartened to see our team beat the Stormers and qualify for the final against the Chiefs. During the game, my phone was abuzz with comments from Sharks and Stormers supporters and the number of comments and likes added to Facebook during the game just proved that communication has changed forever.

That communications have evolved in the last few years since it was just handsets and faxes is not in dispute. The Yellow Pages used to reign supreme and yet today many organisations and businesses are still caught in that old paradigm.

Business battling to cross this digital divide will be telling you that the economy sucks and business is at best fair. Could it be that the business communications environment has changed forever and many businesses have been left behind.

That maybe accounts for why we spend 25% of our advertising spend on print media (newspapers and magazines) when they only take up 7% of our attention and only 23% of our adspend on online efforts which takes a whopping 36% of our attention. TV at 43% and radio at 15% makes up for the rest of our media attention. Well those are the total figures. My guess is that small and medium businesses spend the majority of their advertising spend on print media, a little on radio and the internet is an after thought. In fact in a survey amongst our potential clients we found that most small businesses were spending more on their yellow pages adverts than on their internet marketing efforts.

Where do your potential clients look for your type of goods and services? Do they look in the Yellow Pages or do they Google them?

What are you doing about it?